It's never too late for a new begining

Margaret O’Neill is a postdoctoral researcher in the Irish Centre for Social Gerontology, University of Galway, Ireland. Her research is interdisciplinary, exploring social and cultural representations of ageing.

Margaret tells us a story about a man and a woman, both in their fifties, living in Ireland. Both took up new jobs late in their working lives. Their career progress was delayed due to personal circumstances, as well as traditional expectations about what men and women should do in life. Now, they are both doing jobs that they love. However, their retirement pathways and prospects are uncertain. It is important that employer and government policies are in place to offer choice in retirement decisions regardless of work history. 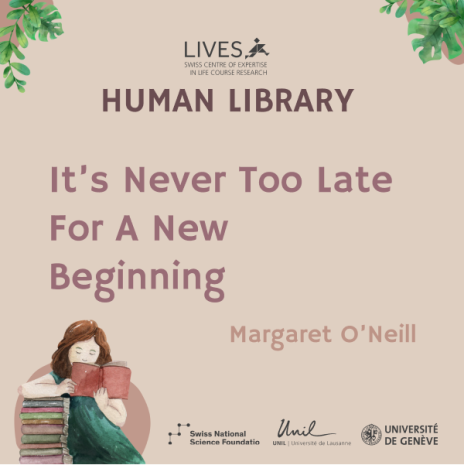 One day, in Ireland, on a train, there is a nurse and a bus driver. The nurse is a man and his name is Jack. The bus driver is a woman and her name is Angela.

They are both in their early fifties, and they speak together. The woman unfolds a newspaper, the eye-catching headline blaring: ‘Retiring at 66 has to go’: Minister signals radical shake-up of pension system. It sparks off a conversation between the two about their careers. Both changed course in midlife, knowing that they were taking a risk. They exchange stories about their experiences of defying social and gender expectations in their working lives, and what the rising State pension age means for them.

Angela tells Jack, I’m a bus driver but it was not always like this…

Angela was a fulltime homemaker, supporting her husband in his career, looking after the family for decades. One day, when their son and daughter were grown, her husband walked out. She sat at the bottom of the stairs looking around, wondering, how am I going to keep a roof over my head. For the first time in her life, Angela had to support herself. But her confidence was at rock bottom. Scanning the small ads, a feature jumped out at her: Women Bus Drivers – Recruitment Open Day. No experience needed. The more she read about it, the more she thought it would suit her. The hours were flexible, no previous training was required, and her age wouldn’t be an issue. She thought, this is an opportunity to get my life back. When the day came, as Angela sat in the driver’s seat and placed her hand on the steering wheel, nerves threatened to overcome her. A friendly voice said, ‘give it a spin – you might love it’. From the moment she turned the key in the ignition, Angela felt at home. The training was demanding, but by the time she passed it, Angela was full of new-found confidence.

The job can be tough at times, and tiring, but Angela loves the hustle and bustle. There is nothing else, she says, that she would rather do. She takes a great deal of pride and a sense of self-sufficiency and renewal from her work. The downside is that, as she is over fifty, Angela is not entitled to a pension from the company, and will have to take out a private pension.

And you Jack, Angela asks, what is your story?...

Jack has faced challenges in the course of his working life due to unfair prejudice. It’s no secret that nursing is traditionally considered the domain of women, largely because it is caring work. When Jack finished school, he felt a vocation for nursing, as a way to change people’s lives and lead a fulfilling life. However, there were not many role models for male nurses. His father sternly told Jack that nursing was a girly job. Burying his feelings, Jack went into an engineering apprenticeship. But Jack never really fit in, and he always felt like something was missing. Ten years later, Jack got laid off, moved abroad, and found a job as a healthcare assistant. He absolutely love it. The day he got accepted on a nursing training course was a dream come true. It made him happy to know he was making a difference.

Although Jack loves his career, the demands are huge, mentally and physically, so he hopes that he can keep going until retirement age. This a worry, since he came to the job and started his family later in life. It will take him longer to build up a secure pension.

Angela and Jack agree that, regardless of gender or age, it is so important to follow your passion. You don’t know what you can do until your try. But it is also important to have the support of the people around you – families, employers and governments.

No man nor woman is an island, isolated from others. Everyone relies on the support of society as a whole, in order to thrive.