Ignacio Cabib is Assistant Professor of Sociology and Public Health at Pontificia Universidad Católica de Chile, in Santiago de Chile, and Associate Researcher at the Centre for Social Conflict and Cohesion Studies. His research focuses on the impact of cumulative advantages and disadvantages on vulnerability among older people.

Ignacio tells us a story about two friends, Laura and Sophie. They have both similar political beliefs and social conditions but voted differently on a constitution draft referendum. How is it possible? This story focuses on the key role of social sciences impact on political campaigns of constitutional changes. 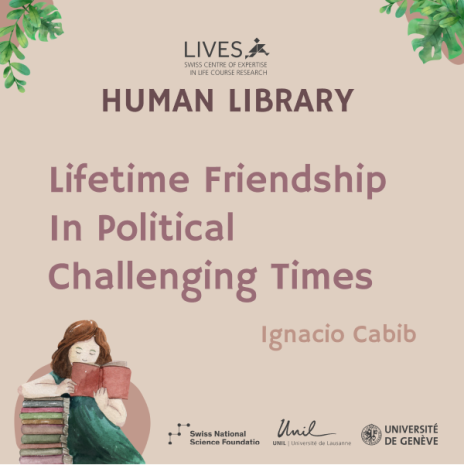 Laura is a woman aged 64 years old. She has a friend called Sophie (who is also aged 64). They both live in Santiago, the Capital of Chile, South America. Sophie and Laura are lifetime best friends. They met at the public primary school in the early 1960s. Since then, they have supported and complemented each other in most of their adverse life moments; including when Sophie was a kid and her father abandoned her family and then they confronted acute financial problems; or also when Laura got pregnant in her early 20s, and interrupted her studies at the university; or when Sophie was involuntarily removed from a job and then was outside the labor force for a long period; and also when both of them, at separate times, were diagnosed with cardiovascular problems.

The most valuable thing of this friendship is how easy the communication unfolds between them. They can talk about everything very openly and with absolutely no resentment. They respect each other opinions very much.

On September 4, 2022, Chilean people voted a new Constitution draft that was written, after a year of work, by democratically elected representatives, from all over the country. The result of the referendum was against this new draft. Political scientists, social scientists, politicians, government authorities, journalists, among others, have tried to provide a reasonable explanation for what happened in the referendum. After a political and institutional crisis that unfolded in October, 2018, and a big national agreement for starting a process for a new Constitution, the Chilean people decided not to endorse the new draft. Reasonable explanations for this outcome have been difficult for most people to embrace.

The friendship between Laura and Sophie shed light on the complexity of Chilean women's life trajectories and the results of the referendum. It is important to highlight that Laura and Sophie are both middle-class persons. In terms of politic beliefs, they have voted for democratic and center-left political parties over the last 6 presidential elections. Both voted in favor of starting a new Constitutional change. They agree that the current constitution of Chile, written under the bloody military and civic dictatorship of Augusto Pinochet, is not fair especially for socially disadvantaged groups, such as older women.

Despite this, Sophie and Laura voted differently during the last referendum. Laura voted in favor, and Sophie voted against the new Constitution draft. How was this possible? a lifelong friendship, both confronting similar life trajectories, with progressive political beliefs…hard to understand, especially for social scientists.

During the campaigns in favor and against the new Constitutional draft, Sophie heard a congressman and congresswomen saying that the constitution would lead Chile to be a communist country, and this message did not come from a right-wing politician, as one may expect. She also heard that this constitution would break the country into two parts, which was what affected the most the vote of Sophie. She expected that the new Constitutional process would do the opposite, that is, to make Chile a more unified community.

On the contrary, for Laura, the constitutional draft was everything she had expected for her country since the end of the dictatorship. This draft aimed to introduce multiple new social rights in this highly market-oriented country. Social rights they have been claiming since the 1980s. Social rights that would strongly increase public benefits, such as a pension, education, housing, and health, to people, specifical women like Sophie and her.
Laura mobilized her vote in favor of the new constitution mainly based on her own life experience and what scientific evidence shows regarding women's life trajectories in Chile. Specifically, she learned from recent studies in social sciences in Chile, that among women, growing up in a poor household, as Sophie did, and experiencing downward economic mobility, increases the number of chronic conditions in old age, including cardiovascular problems. And only those women having a continuous and formal labor-force trajectory in adulthood and higher education, which was not the case of none of these friends, have lower chances to have chronic conditions later in life. This evidence shows to Laura how important it is to have a different political constitution that fosters generous and financially sustainable public benefits in old age, and also across the life course.

However, most people must have heard the same things that Sophie did. Laura did not consider that fear and uncertainty are legitimate and valid emotions that play an important role when thinking about changing a political constitution, even when life is so unfair and unequal for a significant proportion of the population.