Involve residents in the organization of their city. This is at the heart of the "Cause Commune" project, which the LIVES Centre is carrying out in collaboration with the City of Chavannes-près-Renens. Indeed, if material security is essential to guarantee a good quality of life, the social environment and the possibility of being an actor in this common life is a determining factor in the psychic and physical health of the population.

In order to ensure that community activities meet the real needs of the population, residents actively participate in defining them through discussion groups led by representatives of the Social Cohesion Service of the Commune of Chavannes. These meetings are organised by neighbourhood with local actors (associations, representatives of the authorities, police, etc.). During these exchange sessions, four groups share ideas and points of view about activities that could be carried out, as well as the method used:

Already during the first meetings, many ideas were brought forward and discussed, such as waste management and the creation of a sports and friendly square. Emmanuelle Anex and Dario Spini, LIVES Centre researchers involved in this project, had the opportunity to present the "Cause Commune" approach, the accompanying research projects and the specific role of researchers in this approach.

An approach by neighbourhoods, by and for residents 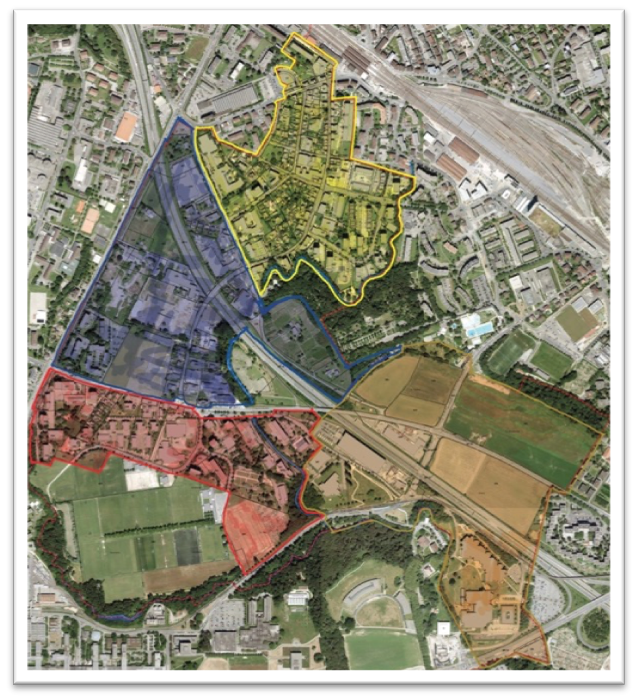 The questionnaire distributed to the whole of the Chavannes population was first tested by a group of residents in a participatory survey process. They were able to give their comments to the research team, who made changes to the questionnaire before starting the survey. In addition, this text was translated into 8 languages in order to take into account the diversity of the population of the municipality.

Fieldwork began in the north of the municipality (Blancherie district and surroundings). Working groups bringing together residents, municipal staff, researchers and social partners ensure the co-construction of reflections, resources, experience and actions. These meetings have already led to the setting up of more than 20 concrete projects for this first neighbourhood, ranging from waste management to the creation of playgrounds, the opening of community premises or the installation of fountains, demonstrating the mobilising effect of this approach. Since May 2020, the facilitators have been meeting the residents of new districts: La Cerisaie, La Plaine and Les Tilleuls. Concrete projects should be presented to the rest of the population during the summer of 2021.

The "Cause Commune" project in brief

"Cause Commune" is an action-research project initiated in 2019 for 4 years in the districts of Chavannes-près-Renens (Canton of Vaud). A pioneer in the field of social action, it aims to test the impact of the social environment on the health of residents and is divided into three parts:

"Cause Commune" is co-financed by the State of Vaud and the Leenaards Foundation. By participating in this project, the University of Lausanne is fulfilling one of its missions: to respond to the current challenges facing society. The "Cause Commune" approach is intrinsically sustainable, local, civic-minded and innovative. Indeed, the aim of this project is to reactivate and energise social links through the implementation of projects. The vice-rector of the University Benoît Frund, member of the steering committee, reminds us: "A society must be resilient in order to be able to heal itself in the event of a crisis, especially in the long term." "Cause Commune" must thus allow resources to emerge, which are as much the inhabitants as the relationships between them. The human being is at the centre of this action-research approach, which directly involves researchers, professionals in the field and residents.

Complementary information on the "Cause Commune" project is available on the website of the City of Chavannes.