On November 17, 2020, the Centre LIVES held a conference for the inhabitants of Chavannes-près-Renens to present the first research results related to the "Cause Commune" project. The first wave of this study, conducted at the end of 2019, shows that the majority of Chavannes-près-Renens residents feel safe in their commune. This feeling, coupled with the satisfaction of the place where they live, makes Chavannes a good place to live. However, working closely with the social actors would make it possible to increase the inhabitants' identification with their commune and to act on the cohesion between residents, which in turn has a positive influence on health.

On the basis of the 1405 responses obtained in 2019, the researchers drew up an initial portrait of social quality among the population of Chavannes-près-Renens. They consider their environment to be pleasant and feel safe in their neighbourhood. In addition, their confidence in the communal institutions is high, with more than 80% positive opinions. On the other hand, more than 20% of the respondents indicated a lack of social support. In fact, 74% of the 1,400 people who took part in the study do not belong to any social group outside their family or close friends. The aim of "Cause Commune" is to create a virtuous circle: the implementation of actions by and for the population will promote social cohesion and in turn improve the health and identification of the Chavanese people. New surveys will be carried out among the population in 2021 and 2022.

The conference, held exclusively online for health reasons, brought together more than 60 people, who had the opportunity to ask questions to the researchers and speakers from the municipality involved in the project. The population is at the centre of "Cause Commune". In a participatory survey approach, the questionnaire drafted by the research team was first tested by the residents, who were able to suggest changes before it was sent to all the Chavanese people. Mr. Jean-Pierre Rochat, Mayor of Chavannes-près-Renens, underlined the pride of the commune in taking part in such a project. This enthusiasm is also visible in the number of actions already initiated in the nothern district of the municipality (Blancherie district and surroundings), which first benefited from the work of the facilitators. In one year, more than 20 projects have been officially launched in this neighbourhood alone. From waste management to the creation of playgrounds, from the opening of a community centre to the installation of fountains, the mobilising effect of "Cause Commune" is taking shape and changing the life of the community. Since May 2020, coordinators have been meeting the residents of new neighbourhoods: La Cerisaie, La Plaine and Les Tilleuls. Concrete projects should be presented to the rest of the population during the summer of 2021. 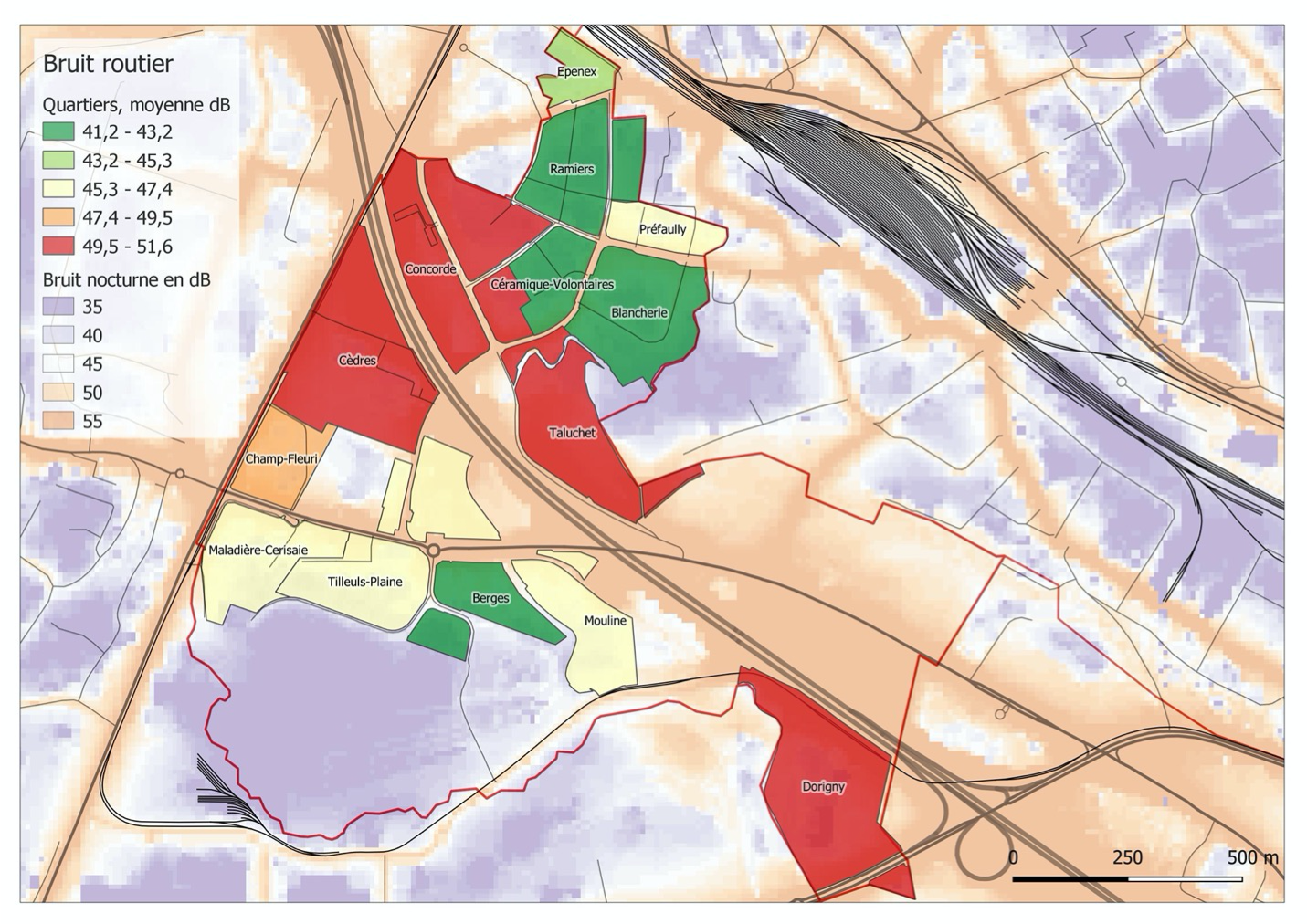 Dr Stéphane Joost, member of the "Cause Commune" project and lecturer and researcher at the EPFL, showed the link between health and place of residence. Indeed, traffic noise can cause serious sleep disturbances which in turn have an effect on mental and physical health. In the study conducted in Chavannes, he observed that the neighbourhoods with the highest levels of road noise are, unsurprisingly, close to the motorway and the Tir Fédéral. Additional geo-referenced data for each building will be necessary to highlight significant differences between neighbourhoods and to make a precise diagnosis of the impact of noise on the sleep and health of the Chavannes inhabitants.

"Cause Commune" is an action-research project initiated in 2019 for 4 years in the districts of Chavannes-près-Renens (Canton of Vaud). A pioneer in the field of social action, it aims to test the impact of the social environment on the health of residents. The recommendations which will be issued by the LIVES Centre research team at the end of the project can be shared with other municipalities and cantons in order to benefit from the experience. "Cause Commune" is co-financed by the State of Vaud and the Leenaards Foundation. By participating in this project, the University of Lausanne is fulfilling one of its missions: to respond to the current challenges facing society. The "Cause Commune" approach is intrinsically sustainable, local, civic-minded and innovative. Indeed, the aim of this project is to reactivate and energise social links through the implementation of projects. The vice-rector of the University Benoît Frund reminds us: "A society must be resilient in order to be able to heal itself in the event of a crisis, especially in the long term." "Cause Commune" must thus allow resources to emerge, which are as much the inhabitants as the relationships between them. The human being is thus at the centre of this action-research approach, which directly involves researchers, professionals in the field and residents.

Read the flyer sent to the population of Chavannes-près-Renens. (in French only)