Annahita Ehsan investigated the impact of the community-based social capital interventions of Quartiers Solidaires (Neighborhoods in Solidarity) on the mental health promotion of older adults in the canton of Vaud, Switzerland.
Divers 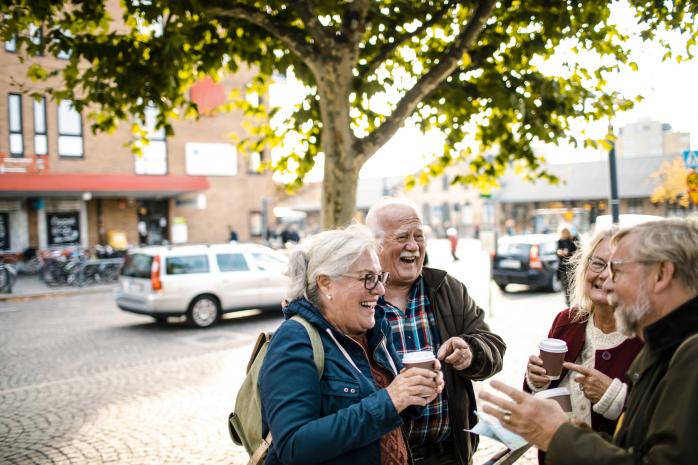 Community-based social capital interventions appear to be an interesting tool for mental health promotion. This is what Dr Annahita Ehsan, researcher at the LIVES Centre, wanted to investigate in her doctoral thesis, defended on June 29, 2020. Based on the local action-research project Les Quartiers Solidaires (Neighborhoods in Solidarity), the young researcher examines how these interventions can promote mental health.

For her doctoral thesis entitled “Community-based social capital interventions and mental health promotion for older adults”, Dr Annahita Ehsan investigated the impact of the community-based social capital interventions of Neighborhoods in Solidarity on the mental health promotion of older adults in the canton of Vaud, Switzerland. This research, conducted over four studies, shows to what extent the collaborative skills of individuals, the geographic context, and sociodemographic factors are influential when designing a community intervention of this type.

Indeed, Dr Ehsan observed that the sense of belonging to a specific neighbourhood in the city had an influence on the perception of Neighborhoods in Solidarity approaches. This intervention made it possible to build bridges between the northern and southern residents of this municipality, which in turn influenced the residents’ sense of belonging. Finally, it is likely that people who have less social capital, and are therefore less inclined to forge ties, did not benefit from this measure, even though they could benefit the most. Dr Ehsan recommends continuing research on interventions that promote social capital, a field that is still underdeveloped.

Dr Ehsan also finds that a real knowledge exchange between researchers and professionals in the field could lead to quick and concrete results. In the case of the commune where the studies were conducted, collaboration with the researchers enabled Neighborhoods in Solidarity to add an English-speaking discussion group, thus integrating a large part of the commune’s population, which felt excluded from these interventions.

An article based on this thesis will be published soon in Elsevier’s journal “Health and Place”.

LIVES offers a doctoral programme which is aimed primarily at doctoral candidates in the social sciences and psychology who integrate a life-course perspective into their work. This program aims to promote courses that lead to quality doctorates within a reasonable time frame as well as professional integration, particularly in academic careers.